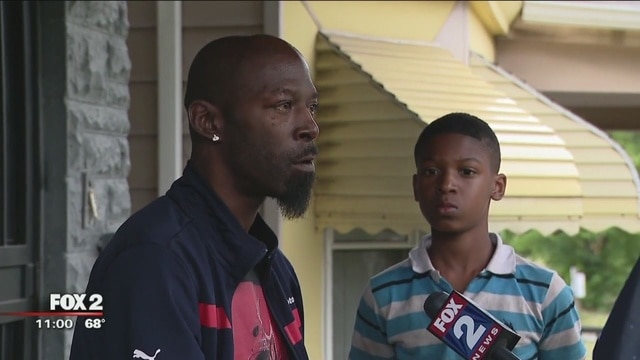 Detroit, USA — Uber user Anton Harris recalls the horrifying experience he and his son had with an Uber driver last Monday.

Mr. Harris booked an Uber ride with his 10 y.o. son to attend a dialysis treatment. During the ride, he asked the driver if they could first stop at a gas station to buy food.

“He said yeah,” Mr. Harris said. “Before I can come out, my son came in and said he was cussing like tell you ‘mf-ing father to come on’. So I got in the car like ‘Hey man you don’t have to be cussing, I didn’t take that long.'”

However, the Uber driver instead demanded he and his son get out of the van. Mr. Harris refused to do so because he already paid for the ride and did not want to miss his appointment. But the driver insisted and even called him a n****r.

“I guess he said that in order to taunt me to do something to him,” he said.

The driver then exited the car, walked around and opened Mr. Harris’ door. He then started lunging at him as if he would punch him and then kicking him.

“When I stood up in the van, he ran around got into the car and just started flying up Livernois.”

When the driver got back inside, he started driving recklessly. In fact, he ran red lights, drove in bike lanes, and nearly crashed into another vehicle.

“We came this close to that car hitting us,” Harris said. “Like, for real.”

Police from the 12th precinct responded and arrested the Uber driver.

“You violated me man, in front of my son, not once but twice – and you almost got us killed,” Harris said.