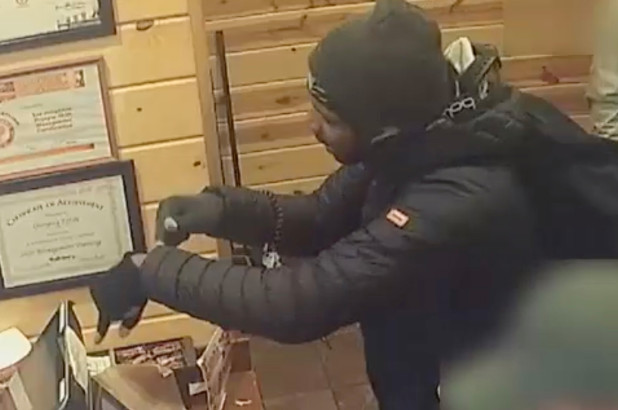 According to police, the attack happened around 2 pm inside a Popeye’s Louisiana Kitchen on 8th Avenue in Chelsea. The two initially got into a heated argument and started yelling at each other.

Eventually, the dispute turned violent. The UberEATS driver attacked the employee by putting the 22-year-old on chokehold and punched him in the side of his head.

Fortunately, the Popeye worker did not sustain serious injuries.

It was unknown what the two were arguing over. However, video released by the NYPD shows the irate deliveryman pointing to his wrist, appearing to gesture about the time.

The Uber Eats deliveryman then took off on a bicycle from the scene. Moreover, authorities describe the suspect as between 35 and 40 years old, about 6 feet 3 inches and around 230 pounds.