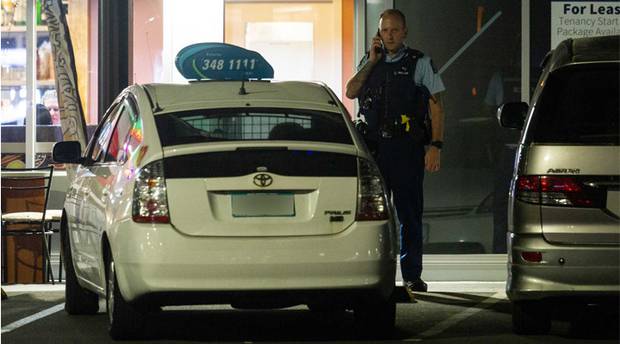 Rotorua, New Zealand — A man was arrested after shooting a taxi driver and fleeing from the police with a stolen car.

According to reports, the incident happened Sunday around 5:30pm near the semi-rural suburb of Ōwhata. Acting Rotorua Area Commander Inspector Brendon Keenan said the police were following a suspected stolen car. However, the driver of the said vehicle got out of the car and shot at them, hitting the patrol car.

Authorities then chased the suspect where during the pursuit, the suspect shot a nearby taxi driver.

“During the incident, a bystander received moderate injuries,” said Keenan.

The taxi driver came into the House of Spice restaurant and asked the staff for help. A worker claimed there was “lots of blood” coming from his shoulder.

“Somebody shot him on the road. His taxi is out front [of the store],” the worker said. “One of my mates took him to the hospital.”

Furthermore, Keenan claims the suspect threatened another person before taking their car and fleeing again.

“Further down Te Ngae Rd, he then stopped at an address, where he took a second vehicle,” he said.

Eventually, the police were able to spike the second vehicle on State Highway 30, near Okatina Rd. Moreover, the vehicle was traveling at speeds of up to 140km/hr.

One witness claimed he noticed a white car with damaged tires came down the hill. It stopped outside his house then continued on for a few meters before pulling into a nearby home where he drove up the drive.

Several police officers showed up to the scene where they arrested the suspect and recovered the gun.

The investigation regarding the circumstances of the incident is still on-going.