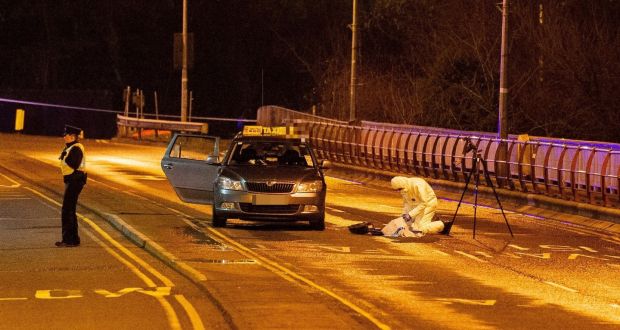 Ireland — A taxi driver was reportedly injured in a shooting in Drogheda Monday evening. According to authorities, the suspect shot the driver twice in the back.

Moreover, the incident took place around 6:20pm on the Bridge of Peace. Cllr Paul Bell describes that it happened at a busy time of day in a central area of the town, with many pedestrians on sight.

An unidentified man allegedly fired shots at a taxi and immediately fled the scene. Police found a burned-out Volkswagen Golf and suspected it as the vehicle used by the suspect.

Meanwhile, police believe that the taxi driver, in his late 30s, is not the intended target.

Investigators revealed that the gunman’s target was a front seat passenger in the taxi. Furthermore, the man is also a key figure in the ongoing Drogheda feud.

The Mayor condemned the shooting, saying it was “reckless, dangerous and a cowardly act”.

Furthermore, the taxi driver is currently recovering at Our Lady of Lourdes Hospital with non-life threatening injuries.

In addition, chairman of Meath County Council Wayne Harding describes the family of the driver as “a quiet, unassuming family”.

“It is getting close to somebody completely innocent losing their life because of what is going on. It is appallingly shocking,” he said.

Moreover, labour senator Ged Nash suspected that the shooting has anything to do with the feud between local gangs.

“This feud is alive and well in Drogheda. Now it is of the utmost importance that the policing resources that were secured for the town will be retained. This violence doesn’t reflect who we are or the reality of this town. This is a small minority hell-bent on wiping each other out,” he said.

Meanwhile, authorities are requesting anyone who has further information about to incident to approach the local police.

“The Garda cannot be everywhere all of the time. It would be hugely important if anybody who can help gardaí and give any information to help them apprehend whoever committed this act,” said the Fine Gael TD.