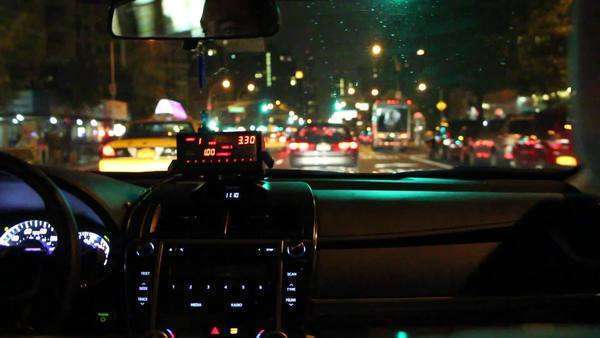 England — A 32-year old man named Roy Greasly had his fate sealed by a taxi driver after saying racist words against the cabbie.

Prosecutor Lynn Bickley states that the victim came from Afghanistan for a better life and had worked in Derby for 14 years.

According to reports, Mr. Greasly had just finished a night-out in Derby city centre when the driver picked him up. He sat on the backseat and asked the cabbie to take him to Mackworth.

Mr. Greasly was actually quiet during the ride and showed no violent behavior. That is, until they got to Prince Charles Avenue where the taxi driver asked him for the address.

“He said ‘you’re a f****** taxi driver, you should know where you are going’,” prosecutor Bickley quoted from Mr. Greasly.

Furthermore, he used racially offensive terms against the driver whilst telling him to keep going. The racial abuse led the taxi driver to lock the thug inside the vehicle until the police arrived.

Unable to escape, Mr. Greasly was left trapped in the cab, while the taxi driver calmly called the police.

As soon as the police arrived, they had to drag the defendant into the police car.

Mr. Greasly appeared before Southern Derbyshire magistrates where he denied the allegations but also admitted not remembering anything.

The defendant will appear at Southern Derbyshire Magistrates’ Court later this month for sentencing. In the meantime, Mr. Greasly was given unconditional bail.