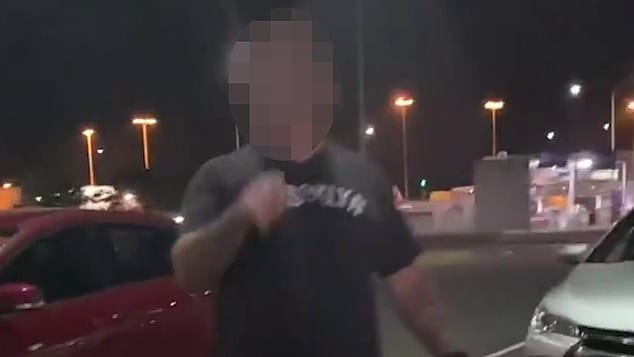 Australia — A video showing an Australian Uber driver went viral after launching his racist rants at a fellow ride-share driver.

According to reports, it is not clear why the white Australian took issue with his fellow Uber driver. However, the Aussie can be clearly heard threatening and racially abusing a driver, who had an Indian accent. The incident appears to have taken place at the standby zone at the Cairns Airport.

Meanwhile, in the video, the man approached his fellow driver while pointing in his face. “You’re in Australia, not in f***ing India. You get that?”

When the Indian driver asked him what he means, the self-acclaimed ex-Army veteran replied: “You’re not a f***ing Australian.”

The Indian man then told the abusive driver to ‘mind his language’.

‘What did you say?’ he asked, to which the Indian man again replied that he should ‘mind his language.’

“Don’t ever f***ing tell a f***ing ex-soldier, Australian Army 20 years, to mind his language,” he said. The white man also added that he “fought for this f***ing turf you stand on.”

The attacked driver then told the Aussie that he was being abusive. But after a short pause, the man continued with more menacing threats.

Furthermore, in another section of the video, the aggressor also called Indians “f***ing peasants” who rip off Australians.

According to Uber, the racist driver no longer has access to its app.

“Discriminatory or abusive behavior is a clear breach of Uber’s community guidelines. We would encourage any driver, or rider, who experiences this kind of appalling behavior to report it to us through the app so we look into the matter and take appropriate action.