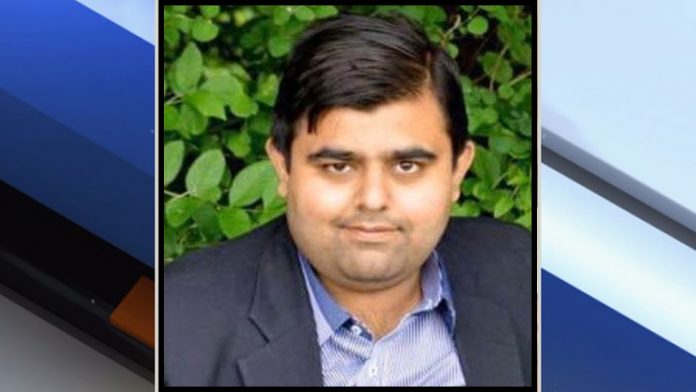 Zeeshan Ahmed, 27, passed away at St. George Hospital in Tooting. Speaking to Geo News, his father Mohammad Iqbal Gondal described his only son as a “shaheed (martyr)” who has left behind two sons, both under the age of five.

Zeeshan Ahmed came to the UK in 2014 with his parents from Sargodha and was based in Tooting Bec. He started to feel symptoms of the virus from April 1 and began to self-isolate at home before his health became critical and was taken to the St George’s Hospital on 10th April.

He was shifted to the ventilator for six days but unfortunately lost the battle of his life to the viral disease. There is still no clarity as to how he contracted the disease, Mohammad Iqbal Gondal said.

Mohammad Iqbal Gondal, 60, also suffered from a mild version of COVID-19, but his health situation didn’t deteriorate and started improving within ten days.

“He was my only child. He was my whole world. The pain is indescribable. I consider him a martyr who lost his life fighting this disease. I will remember him as a shaheed. He was everything to me and my wife and we have lost everything and in such a tragic way. My son had so many dreams and he wanted to live and enjoy life,” the grieving dad said.

The other Pakistani driver to lose his life to the virus

Earlier, Ayub Akhtar, 33, a perfectly healthy taxi driver, had lost his life to the coronavirus in the same South London hospital. According to his family, Ayub complained of catching the deadly virus after a customer constantly coughed in his taxi.

Transport for London has not categorised taxi drivers as essential workers but have still allowed them to operate without any extra protective measures as other countries have implemented. The Netherlands has introduced a barrier between passengers and drivers but the same has not been implemented in the UK.

After the latest govt coronavirus briefing, it has been announced that the lockdown will be extended for a further 3 weeks as total cases in the UK exceed 103,000 with over 13,700 deaths.

Qasim Rasul, a minicab driver who caught the virus while working, said he was in self isolation. “I’m self-isolating since 21st March. I have problems breathing, it’s gone into my lungs but I’m better now. I’ve applied for Universal Credit, hoping for some support from the government. I lose all my strength and taste. My advice to all taxi drivers is to stay home and avoid going to work. They don’t know how easy it is to catch this virus.”

Taxi drivers remain unaware of the precautions they should take to prevent the spread of the virus. Many of them are forced to work since they don’t have enough money to sustain their families. While some have applied for Universal Credit, they are still working because it will take at least a month for them to get their payments. Others continue to work because they are not citizens of the UK and cannot access state funds.

Mahmood Latif of Alphabet Cars said: “Due to the risk of COVID-19, many of our drivers aren’t coming to work. The ones who come for work can’t find any passengers.”

To tackle the economic threat caused by the virus, the HMRC has announced that it would cover up to 80% of the salaries of employees up to £2500, but many Uber drivers are left in a loophole since they are not considered employees, but as self-employed.

Another taxi driver, Khalil Ahmed said: “If hotels and pubs are closed then there will be no demand for taxis. I was out all night on Saturday but made only £8. How can I survive like this?”

A fit and healthy Uber driver died a week after a woman 'repeatedly coughed' in his cab, his family has claimed. Ayub Akhtar, from Norwood in south London,...
Read more