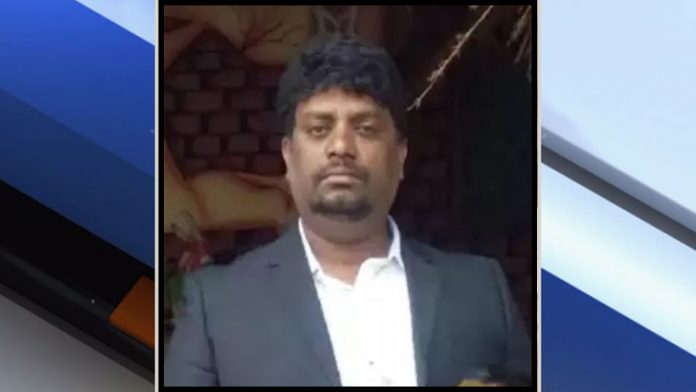 A West London Uber driver who started to show symptoms of coronavirus shortly after picking up a passenger at Heathrow Airport has died.

Rajesh Jayaseelan, who lived in Harrow, died at Northwick Park Hospital on April 11 after testing positive for Covid-19 earlier this month.

The 45-year-old, originally from Bangalore, India, moved to London more than 10 years ago in search of a better life for his wife and two children, who still live in India.

He spoke with his family from his hospital bed just four hours before he died.

A few days later, Mr Jayaseelan started showing symptoms and admitted himself to hospital on April 3.

According to Mr Kumar, Mr Jayaseelan was told to leave his Harrow flat around two weeks before his death due to being a taxi driver and the “high possibility” of contracting the virus.

Mr Jayaseelan was forced to sleep in his car before finding a new home, which was also believed to be in Harrow.

Speaking exclusively to MyLondon, Mr Kumar said: “Around the time he picked up the virus he picked up a passenger from Heathrow Airport.

“Because he was working as a Uber driver there was a possibility that he might contract it, so he was asked to leave his flat by his landlord.

“He had to sleep in his car for a couple of days until he finally managed to find a shared living area.”

After showing symptoms of Covid-19, Mr Jayaseelan didn’t return to work and instead self-isolated, which is what the NHS recommend.

According to Mr Kumar, Mr Jayaseelan’s condition “worsened” and he “struggled a lot in the last weeks of his life”.

“He didn’t have the energy to cook or go out,” Mr Kumar said.

“He was literally starving for a week and he was suffering. On April 3, because he was struggling and having breathing difficulties, he drove himself to Northwick Park Hospital and was admitted.

“He was hoping to improve but on April 11 I was told by the hospital that doctors were losing hope.

“He spoke to his wife from his hospital bed and I also spoke to him. But four hours later I received a call from the hospital to let me know that he died.”

Mr Jayaseelan visited his family in India often, most recently over Christmas last year. He arrived back in London in January and spoke to his wife and children via video call regularly.

“He was their only hope for a better life and he had been working very hard for his family.

“His dream was to build a house and to ensure his children had a better life.”

Mr Kumar has created a Gofundme page in the hope of raising money for Mr Jayaseelan’s devastated family.

The page says: “His family is in shatters, as they look into a very bleak future. This fundraising page has been setup to help Rajesh’s family cope with this unbearable and unprecedented loss of their head of the family.

“Whilst all of us are in our own difficult times at the moment, it would be greatly appreciated if you can donate anything possible, to help shape his family and his kids’ future.

“No amount is big or small; whatever comes from the kindness of your hearts, to help lessen the burden brought by this tragedy to his family, would be extremely helpful as the family was solely dependent on Rajesh’s income.”

A fit and healthy Uber driver died a week after a woman 'repeatedly coughed' in his cab, his family has claimed. Ayub Akhtar, from Norwood in south London,...
Read more