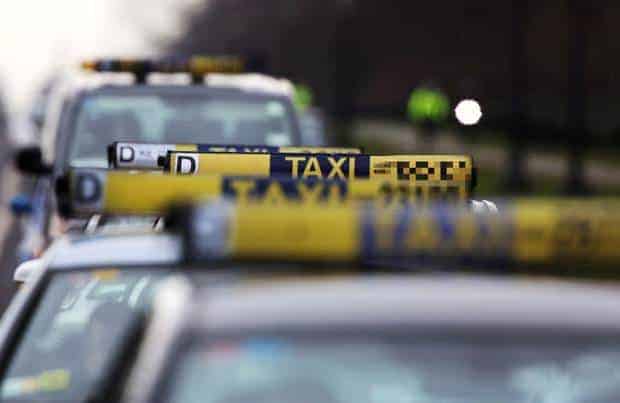 A Dublin taxi driver was blinded in one eye after a passenger slammed a door into his face in a horrifying assault.

The attack on the driver from Finglas, who is in his 60s, happened in St Stephen’s Green a week before Christmas.

The incident took place after the cabbie picked up a man at the rank on St Stephen’s Green North at 2.30am on December 18.

It is understood that the passenger asked to be taken to Stillorgan but he became disruptive and the driver stopped on the right-hand side of Baggot Street, across from the Allied Irish Bank.

The man continued to argue with the driver and struck the door of the cab.

Gardai said the cabbie tried to get out of the taxi but as he did so the passenger slammed the door and it struck the driver in the face, causing serious injuries and leaving him without sight in one of his eyes.

“We know from investigations that the man walked along Ely Place and back to Stephen’s Green East towards Earlsfort Terrace, Stephen’s Green South and Leeson Street,” said a garda spokesman.

“He may have gotten another taxi in that area.

“The offender is described as aged 25 to 30, 5ft 7in to 5ft 8in tall, with short hair with a casual jacket and shirt.

“The man had a Dublin accent.”

Gardai are asking for any drivers in the area that may have had dash-cam footage of the incident or part of it to come forward.

They are further appealing to taxi drivers that may have been working in the area and picked up a fare around this time, similar to the man described, to come forward.

Tony Rowe, of the National Transport Assembly Committee, said there had been a number of cases in recent weeks where taxi drivers had been assaulted or robbed and not come forward.

“I’ve heard of quite a few of them. A lot of the lads just don’t report them to the gardai,” Mr Rowe said.

“People will contact us and tell us of the things that have happened to them.”

Without referencing this particular case, Mr Rowe said a number of assaults were not being reported because the passengers involved in the attacks knew the names of the drivers and were using this to make threats.

He said drivers’ names should be removed from taxis and be replaced with a unique serial number to protect their identity.

“Security for drivers can be beefed up by putting a number on the taxi licence, not a name,” he said.