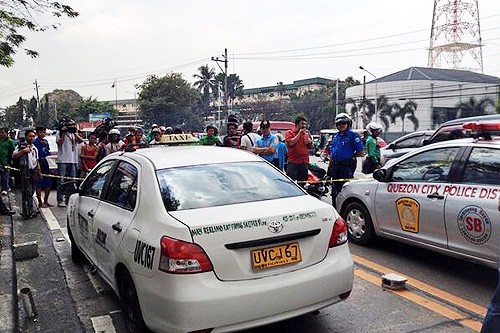 A cab driver was stabbed to death by his passenger in Quezon City early Wednesday, in what police believed to be a robbery-homicide case.

Tomas Padriguez, who was identified through his company ID, was found slumped in the backseat of his taxi (UWB-470) in Barangay Don Manuel around 4:15 a.m.

Two witnesses saw the cab hit the gutter and bump the left rear side of a parked car.

A man, described to be 5’6” in height with a black jacket,  stepped out of the car and ran towards Cordillera Street.

Padriguez was seen transferring to the backseat of his cab. He  had stab wounds in the face and head.