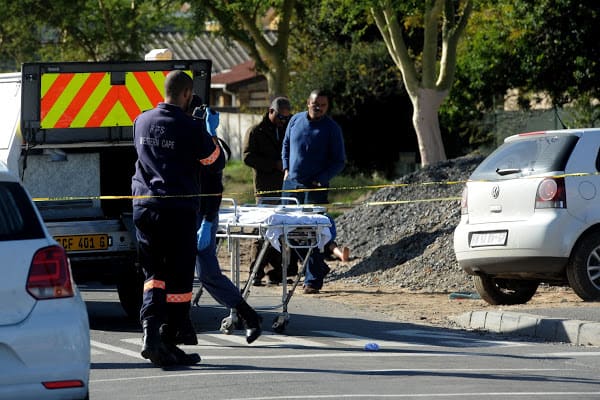 Blackheath, London — Blackheath-Malibu Taxi Association chairperson, Patrick Cosani, was shot dead outside his home at 6:04am last Tuesday. The incident is currently under investigation and police are still searching for clues.

“I condemn the killing in the strongest terms,” said Madikizela. After hearing about this incident, I immediately instructed officials from my department to meet with the leadership of the South African National Taxi Association (Santaco) to discuss how we can jointly work toward ensuring calm in the area and to prevent any acts of retaliation.”

Furthermore, a 24-year old man was killed within minutes after Mr. Cosani’s murder. According to police, he was inside his car in Butskopp Road, opposite the petrol filling station. Both crime scenes are not far apart from each other.

“My department and I are encouraged by the recent arrests of suspected hitmen behind taxi-related killings by the SAPS’s integrated taxi task team,” Madikizela states. “We hope that these apprehensions will lead to the arrest and conviction of those unscrupulous leaders who have masterminded and paid for these heinous crimes.”

Meanwhile, Cosani’s relative that is also a cabbie now fears for her life.

“I don’t know what will happen to me and my family. We live in fear,” she said.