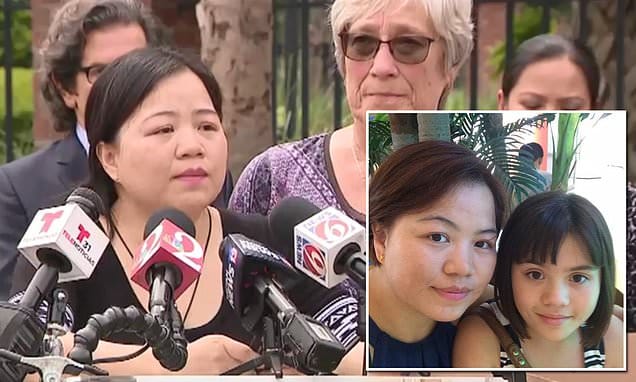 Florida, USA — The ridesharing company, Uber, prohibits minors from using the service without adult supervision due to safety reasons. And while this policy may seem as simple as it can be, some Uber drivers still fail to follow it.

And due to their stubbornness, it cost the life of a 12-year-old girl named Benita Diamond.

According to reports, the girl’s family have blamed the company for her death and are seeking justice.

The incident happened around 7am on January 10th. The girl apparently downloaded the Uber app on her mother’s phone while her parents were sleeping. She then requested a ride to a parking garage and used a gift card to pay for the ride.

Reports say that she climbed to the top of the City Commons Parking Garage and jumped to her death.

The girl’s mother, Lisa Chen, said in a statement: “This will happen to another child or teenager if I don’t do anything right now, if I don’t make sure Uber, or Lyft or any share-ride company enforces their policy. They have a policy in place, but if they don’t enforce it, it’s useless.”

“At no point was she asked her name, was she asked her age — no questions were asked why a little girl under 5 feet tall dragging a polka-dot backpack was out in the wee hours of the morning by herself,” Family Attorney Laura Douglas said. “If she’d been asked, where’s your mom and dad? We believe she would’ve been here.”

Part of Uber’s requirement is to be at least 18-years old to be able to use their services. Drivers are even allowed to decline rides if they suspect that the passenger is underage. They can also request for an ID card for confirmation.

However, the policy seems to be ineffective, as minors continue to request a ride from Uber. “Most people do not know that you have to be 18 to ride in an Uber alone,” Jamie, a driver in Phoenix, told in an interview. “When I turn the student down and tell them I can’t take them, they just keep trying until they find a driver who does not care.”

The family has hired a law firm and is considering legal action against Uber. They are demanding that the ridesharing company do strict policy enforcement and changes within the system to completely make the service unavailable from minors.

The girl’s grandfather says, “I want other families not to go through this. It’s not just about suicide. It’s about all the other things that horrific happen to young kids when they’re on their own.”

The National Suicide Prevention Lifeline (1-800-273-8255) provides 24/7, free, confidential support for people in distress, as well as best practices for professionals and resources to aid in prevention and crisis situations.