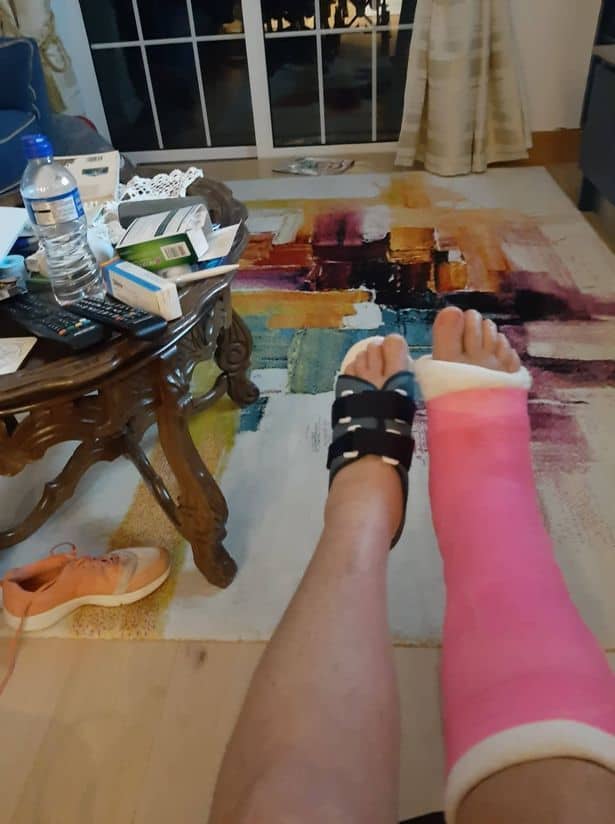 Cork, Ireland — Passage-West woman Fionuala O’Gorman praised a local taxi driver for going the extra mile to help her after a bad accident.

The 62-year-old lady explained that she was looking for something to do in her house. She then saw that there was a stain on the window.

“So I got the two-step ladder but it went one way and I went the other,” Fionuala said. “All of a sudden I felt a bad pain but thought it was a bit dramatic ringing an ambulance so I called the local taxi.”

By the time Riverside taxi’s driver Rory Hearne arrived, her condition deteriorated so much so that she couldn’t even walk. So, the kindhearted cabbie carried her out to his taxi and brought her to Cork University Hospital.

“This was way beyond the call of duty but he was brilliant, he’s a lovely fella,” she explained. “He has since called asking if I was alright and checked on me, a really nice guy – they’re a local taxi company Riverside so I’d know them from before.”

Meanwhile, Rory said that it “was no big deal” and was happy to help the elderly woman.

“It was no big deal. I saw she couldn’t walk so I gave her a piggyback into the cab and brought her to the hospital,” Mr. Hearne said. “It was only a short trip so it really wasn’t a big deal at all.”

Furthermore, the taxi driver revealed that he had driven the woman a few times before.

“We always try to do our best to help out locals if we can at all,” he said.

Ms. Fionuala had to cancel a trip to Mexico for a nursing conference last Friday because of her injuries.

“I fractured the bone at the back of my right heel and injured the other one, I also hurt my wrist after falling on the crutches,” she said. “I was in the hospital for around a week just because I couldn’t walk and I had to learn how to use crutches – I’ve been a nurse for years but never realized how hard that part was.”

Ride share, COVID-19 & low ridership are taking their toll on the already struggling...

Chicago, IL — Chicago’s taxi industry has been struggling for years due to increased competition from ride-share companies...

The robberies happened in the evening June 23 and July 1 in the 1800 blocks of South Lawndale and Ridgeway avenues, police...

Taxi drivers in Nottingham have refused to buy low emission vehicles after making as...

Nottingham, UK - More than 120 taxi drivers are refusing to buy new low emission cabs after making as little as £15...

A woman who made news for snatching a city supervisor’s cellphone is back behind...

San Francisco, CA - A woman who made news for snatching a city supervisor’s cellphone is back behind bars, this time for...

Taxi service ‘significantly’ limited in British Columbia due to COVID-19