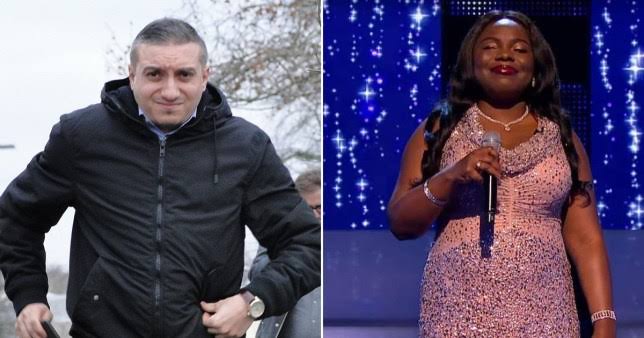 London, UK — Cornel Mihai, 32, was convicted of fraud by false representation on Tuesday after tricking Victoria Oruwari, 39, into handing him her iPhone at the end of a £51 journey in south London.

Ms. Oruwari is registered blind with a total loss of sight since the age of six. Moreover, the soprano singer – who was a finalist on BBC’s All Together Now – was desperate to get home. However, she had to book a BMW Uber cab when there were no trains to East Croydon at 10 pm.

She claimed Mihai had asked about her sight loss during the journey, saying she felt ‘irritated because it was none of his business, but as I was in his car, I thought it best to be polite’.

The driver then said he needed to use her phone to complete the journey. However, he instead awarded himself a £20 tip and a top rating.

“I did not think anything fishy was going on. But I was handing him a lot of trust because of the information on the phone,” she added. “I was shocked that I had been charged twice the fare [and] that the driver had been rated five-star and tipped twenty pounds.”

The Romanian-born dad-of-two, from Barking, protested his innocence but was convicted of fraud by false representation. He will be sentenced on February 4.

As Mihai was convicted of fraud, Ms. Oruwari said: “It has reiterated the fact I am vulnerable and more susceptible to crime and being taken advantage of.”

After the singer complained, Uber refunded the fare, removed Mihai from their approved drivers’ database and reported him to the police.

In court, he denied using Ms Oruwari’s iPhone, saying: ‘I finished this journey on my phone. I want to work honestly.’ His lawyer Edward Seller said: ‘We are talking about twenty pounds and the loss of his livelihood. He has a lot more to lose than gain.’ However, he was convicted of fraud by false representation on Tuesday. Magistrate Pat Heslop said they accepted the evidence of the complainant, who “gave a credible account of the events”.