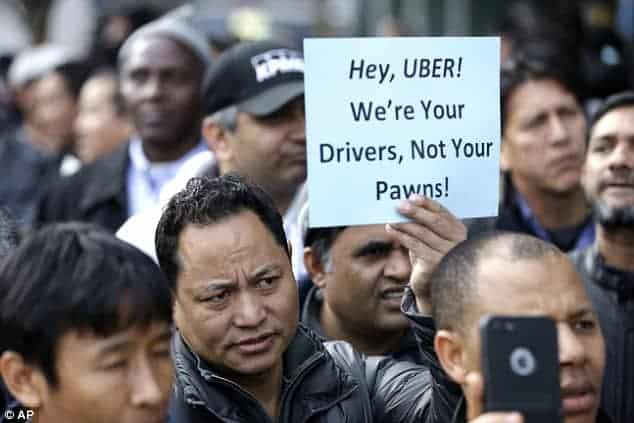 USA — Uber made history for the biggest and most ambitious IPO with a valuation of over $9 billion – but Uber drivers are hoping to turn the big money-making day on their own favor.

Advocacy groups, together with other online groups, organized a seven-city strike in the US for 12-hours on May 8th. The plan is to encourage all Uber drivers to join with them. Affected cities are San Francisco, San Diego, Los Angeles, Chicago, Philadelphia and Washington, DC.

That same day, the group also tried to send a formal letter to the company’s CEO himself. However, the left with no response.

Mostafa Maklad was one of the undeterred drivers who tried to deliver the letter. It attempts to raise the issue of low pay, benefits, transparency, and more.

Both the groups and Uber drivers are doing the best that they can to make Uber listen to their cries. But it seems that the company is even decreasing the pay to its drivers.

“We’re called partners, but we’re not treated as employees. We’re treated as numbers.”

Rideshare Drivers United LA plans to turn off not only Uber but Lyft as well for 24 hours. Group representative Brian Dolber says, “We are striking both companies, as both are in a race to the bottom to impress their investors at the drivers’ expense.”