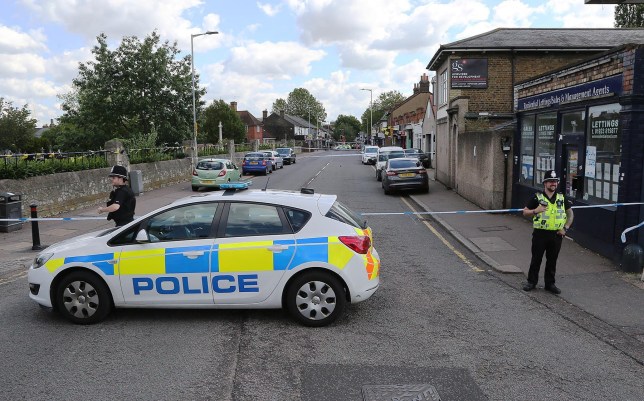 England — Taxi driver Anwar Hussen has been praised after protecting a woman during a vicious rampage.

According to reports, Mr. Hussen was waiting outside a restaurant on Vicarage Road. Suddenly, a 39-year-old male (later identified as Khaled Ahmed) started to attack the unnamed woman.

As soon as he heard her scream, Mr. Hussen got out of his taxi and put himself between the knife and the bleeding lady.

Ahmed ran away and gave himself up hours later at Forest Green police station in London.

Authorities reveal that Ahmed is an illegal immigrant from Bangladesh who wanted to marry his victim so he could stay in the country.

Furthermore, Ahmed allegedly gave £5,400 to the woman. However, she refused his hand in marriage so they met in order to return some of the funds.

The woman, her nephew, and Ahmed met in the early hours of the morning in July last year outside the Kasturi restaurant.

“She refused repeated requests to marry,” said Prosecutor Stefan Weidmann. “The refusals gave rise to threats of violence from the defendant – threats to kill and to harm her children in her native Bangladesh. The defendant finally accepted she would not marry him. So he declared that all the money he had given her in the months prior was to be repaid to him.”

“I thought this was my end and I was going to die there. His face was dark and his eyes were bulging out. I genuinely feared for my life. I did not see the knife,” the woman said in a personal statement. “If it were not for the actions of this stranger who got in Khaled’s way and allowed me to flee and my nephew, I believe I would have been killed. I owe them my life to this day.”

Ahmed, 39, has now been jailed for 18 years for wounding with intent. Meanwhile, Mr. Hussen is to be awarded £750.