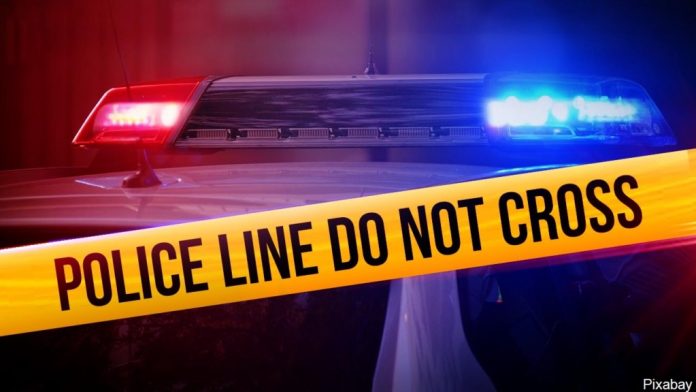 Fifteen years after taxi drivers began lobbying for protections against the alarming assaults and murders plaguing cabbies across the country, the federal government weighed in on the issue.

In the spring of 2000, the Occupational Safety and Health Administration (OSHA) warned of the dangers of driving a cab — taxi drivers today are in the top ten occupations with the highest homicide rates — and endorsed guidelines for driver safety.

Although the guidelines aren’t legally binding or a basis for safety enforcement by OSHA, they serve as a warning to cab companies to upgrade their security. If they don’t, legal experts say, relatives of badly injured or murdered cabbies could prove that the companies failed to meet the minimum safety standards endorsed by the government — and have a better chance of collecting court settlements.

For former cabbie James Szekely Sr., who heads a national safety council for taxi drivers, the OSHA action comes none too soon.

“Picking up hitchhikers for a living,” is how he describes a cabbie’s occupation. And he should know. One night, Szekely was driving a cab in Tampa, Florida, when he picked up a fare that almost cost him his life. “He seemed like a nice guy, looked like a college student about 20- or 21-years-old,” Szekely says. “We talked church, politics, women, race cars — normal guy talk. About eight bucks on the meter, I got him to where he was going. I put the car in park, looked back and he looked like he was getting his money, so I reached on the dashboard to get my sheet. All of a sudden, he pulled out a knife and just slit my throat and stabbed me twice in the back.”

Unfortunately, random stabbings, shootings and beatings are all too common occurrences in today’s taxicab industry. Between 1992 and 2006 700 taxicab drivers were the victims of homicide while driving for work, according to the National Institute of Occupational Safety and Health. NIOSH reports that taxi drivers face a greater risk of injury or homicide on the job than those working in law enforcement and security.

They are also victim to more non-fatal assaults (184 per 1,000 cabbies) than any other occupation with the exception of police (306 per 1,000) and private security guards (218 per 1,000). “Many, many drivers here have been attacked, and several have lost one or two fingers because they were shot,” said a cabbie in Richmond, California. “One man I know was shot and paralyzed, but he feels lucky to even be alive.”

In that sense, Szekely was equally lucky. Although badly injured and suffering from post-traumatic stress disorder, he spent several weeks recovering from the assault and then returned to his job. But when Szekely requested that a safety shield be installed in his cab, he was fired.

The following year, in 1985, Szekely organized the International Taxi Drivers Safety Council to help drivers who have been assaulted on the job and to push for nationwide safety standards for the profession. Despite his efforts, the next year nearly 100 cabbies were murdered on the job.

Staying safe and sane on the job

Driving a cab definitely involves a lot of stress, according to taxi owner and driver Kathy Pavlofsky of Berkeley, California. “You never know who’s getting in your cab, so you have to be constantly vigilant and expect trouble at any time,” says Pavlofsky, who drives up to 16 hours a day and manages a fleet of five cabs. To deal with the stress, she goes to the gym and does cardio exercises and lifts weights several times a week. “I have to stay in shape to be able to lift customers’ heavy baggage into and out of the cab,” she says.

And being one of only a small number of women cab drivers carries its own set of risks, according to Pavlofsky. “Men try to flirt with me or try to date me,” she says of some customers. “That’s where I have to be all business. If anyone starts to give me any trouble I pull over and tell them that this is my job, to drive this cab, and if they have any trouble with that they can get out and walk.” She is constantly aware of her safety and says that if any trouble starts, she stops it right away “before it becomes a real problem.”

While Pavlofsky has had her share of problems while driving, she has managed to avoid a serious incident. In addition, as a taxi fleet manager, she tells her employees that they can refuse any fare for any reason if they don’t feel comfortable or think something bad might happen. “A lot of it is about instincts,” she says. “I follow mine and encourage my drivers to do the same.”

Who’s watching out for cabbies?

Cabbies are covered by the general duty clause of the Occupational Safety and Health Act, which states that the employer has a legal obligation to provide a safe working environment.

In the introduction to its new guidelines to protect drivers, OSHA reports that cabbies are 60 times more likely than other workers to be killed while on the job, and that in 1998 alone, 48 drivers were murdered while working. According to NIOSH, the factors that put cab drivers at the greatest risk are working with the public, handling cash, and working alone, at night, and in high-crime areas.

While OSHA concedes that there is no foolproof solution, their new guidelines may help reduce the risk for violence as well as increase a cabbie’s chance of being rescued in case of an emergency. The OSHA recommendations, which contain many safety measures that the International Taxi Drivers Safety Council has been advocating for years, include:

Most cabbies are familiar with other work-related hazards, which include lack of exercise, junk-food diets, and stress. But safety remains their number one concern.

In its statement of the dangers of driving cabs, OSHA warns that no employees can be fired for complaining about work hazards. The agency also emphasizes that employers have a responsibility to protect the safety and health of their employees — and that each driver should practice safety as well.

If a cab company refuses to implement these measures, for example, individual drivers may want to seek a different company — and take other steps to protect their own safety and well-being on the job. Al LaGasse, executive director of the International Taxicab and Livery Association, suggests that all drivers complete a defensive-driver training course offered through a local police department, community college, or AAA program. He says that drivers should also heed the following tips while working:

Szekely says it’s difficult to resist getting on his soapbox when talking about the hazards of cab driving. “I ask people if they would spend a day picking up total strangers and taking them wherever they wanted to go. They tell me, ‘No, that’s dangerous, that’s insane, you’d have to be on drugs!’ But somebody got to do it — we can’t all be doctors or lawyers. We’re called service workers, and we deserve protection.”

Uber and controversy seem to go hand in hand. Here are just some of the things the company doesn't want you to know. Uber is...
Read more
Blog

Cruising the empty streets is all but hopeless. Who hails a yellow cab in the middle of a deadly pandemic? Sitting in the bullpen at...
Read more